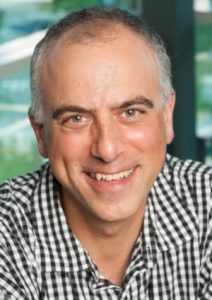 Dan Habib is the creator of the award-winning documentary films Including Samuel, Who Cares About Kelsey?, Mr. Connolly Has ALS, and many other short films on disability-related topics. Habib is a filmmaker at the University of New Hampshire’s Institute on Disability. He has recently released his new documentary, Intelligent Lives, which examines society’s narrow perceptions of intelligence. The Intelligent Lives project also contains four short films focusing on effective practices in transition for youth with disabilities from high school to higher education and employment.

Habib received the Champion of Human and Civil Rights Award from the National Education Association, and in 2013 he received the Justice for All Grassroots Award from the American Association of People with Disabilities. In 2014, Habib was appointed by President Barack Obama to the President’s Committee for People with Intellectual Disabilities—a committee that promotes policies and initiatives that support independence and lifelong inclusion of people with intellectual disabilities. Habib and his wife, Betsy, live in Concord, New Hampshire with their sons, Isaiah and Samuel.