45th Anniversary of the Individuals with Disabilities Education Act (IDEA) 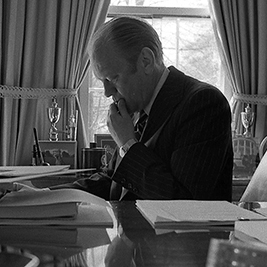 Nov. 29, 2020, marks the 45th anniversary of President Gerald Ford signing the Education for All Handicapped Children Act (Public Law 94-142) into law. The 1990 amendment to Public Law 94-142 changed the law’s name to the Individuals with Disabilities Education Act (IDEA). The IDEA has experienced numerous changes over the years in an effort to better support infants, toddlers, children and youth with disabilities. Find out more about the history of IDEA. An animated timeline of the IDEA’s history is available as well.

Join the Office of Special Education and Rehabilitative Services (OSERS) and the Office of Special Education Programs (OSEP) the week of Nov. 30, 2020, as the Department of Education celebrates 45 years of providing education, supports and services to infants, toddlers, children and youth with disabilities and their families through the IDEA. New resources and stories will be posted each day of that week, so make sure to check back on this page.